While most of us already have a decent camera on their smartphone, some of use may still also need a dedicated camera to make sure we don’t have to sacrifice our smart device battery or memory or some further adjustment needed. Canon Powershot ELPH 190 vs 360 are two good option from the brand to allow us have a reliable image capturing device without spending much and if you also interested in these model, go check our article below to see which the better option. 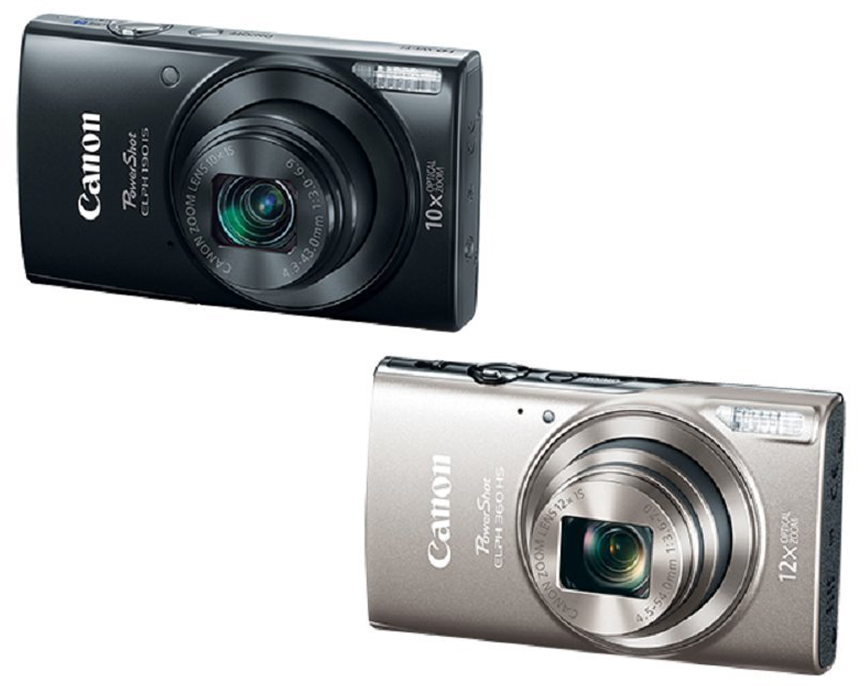 Digital Camera
In the past, camera is very popular because it is what we only have to help people immortalize their moments but today, we have a huge range option to choose if it is just to take some still pictures for a personal purpose. Our technology have improve so far in which novice user and non-professional alike can learn and utilize higher-end tools to help them achieve a better quality without needing to dedicate much of their time to learn the curves.
Those who want to get a better image or video quality will most likely to also purchase a higher-end model devices along with the tools but they are not going to be very friendly with people who just want to snap at things and go.

The one we often heard, see and used today are DSRL and Mirrorless since many of them are featured with bigger sensor, image processing processor and what is not less important is the amount of personalization or adjustment.
We can learn them from free sources like the internet and communities but we still have to spend at least a moment to get used to their basic functionality.

The result from a higher-end device and knowledge is indeed satisfying but for those who doesn’t have a time to learn the technique or curves on using a more complicated camera or doesn’t want to spend much on them, a simpler digital camera is very helpful when you want to take still pictures with a dedicated camera.

We use to call this type camera as a point-and-shoot style which is actually have been around and used for long and surprisingly, even today. While it is not the best device to purchase in case you need a professional result, they are still fairly helpful when you love taking still images with a dedicated camera or need some adjustment not present in their smartphones, a cheaper model usually can do well under certain condition such as for daytime activities.

We have almost unlimited option when it comes to an image capturing device and there is no best product for everyone because the one suit our need the most is not going to always the same. Before hunting for the item itself, in our opinion it is better to think about the situation in which you will use the camera and how much we can spend for them.

About Canon Powershot ELPH 190 and 360
Due to the release of new and better cameras especially in the last decade, point-and-shoot digital camera are not as expensive as they used to be. Today, they are marketed for beginner or regular user who just want to have a dedicated camera rather than an enthusiast so their user interface and operating system are built to be easy to use as well as affordable for many of us to purchase. Among those many manufacturers that offer good quality camera, one of them is Canon.

We are sure both almost all people whether those who are familiar with camera or those who never used one before are already used to hearing their name since this big companies have quite the collection to offer on their catalogue; not only camera. They have the one we used to get a professional result and those friendlier for novice users depend on what you need but if the latter is what you need, their Powershot ELPH 190 and 360 are here to help you.

They are from the same line so we can expect to see a lot of similarities between two cameras but there must be different about them as well yet, seeing the price different, we are not sure whether the difference will affect your decision as well. In general, the ELPH 360 seems like a few steps higher into the line and will give you more capabilities or better qualities on some of its built-in features. Read also: Canon Powershot ELPH 180 and 360 here.

Canon Powershot ELPH 190 and 360 Design
As you can see from the sample picture above, Canon ELPH 190 and 360 are very similar to each other and coming with the same familiar pint-and-shoot style in which other similar cameras are also designed. They are fairly light and slim but not too thin for there are those that are slimmer and smaller than their form factor and material since they are now made with metal case to improve the build quality and make them sturdier especially when you often travel with them.

Everything stays the same for the face part but when you flip them over, we can see that the ELPH 360 is indeed placed slightly higher on the line compared to ELPH 190 because this model have a bit larger LCD screen in 3.0” than 2.7”. The buttons shape and alignment may look different but in general, they have the same purpose.

Canon Powershot ELPH 190 and 360 Image Quality
Just like with every device or tools made to capture images or videos, the one we have to look at first is their image quality because there is no use of purchasing one with quality we don’t like for we may not going to use them later and just a waste of money. To serve its purpose mainly for taking still images, both of Canon Powershot ELPH 190 and 360 are featured with 2.0 megapixel CCD and 2.2 CMOS sensor planted on the camera.

They are very basic and small if compared to many higher-end digital cameras out there but then again, our goal is to look for something that serve its purpose as needed. When tested, these cameras are actually working very well and when used under in a daytime with fairly flat lighting outdoor, they are capable of producing some great images which we love very much but comparing the two, it seems that ELPH 360 operates slightly faster and better yet, the image quality are very similar to one another.

With a fast shutter we do feel the benefit of taking a shoot on a moving objects for example when you have a family barbeque with the whole family and want to capture children moment together with their relatives, these cameras can do their jobs very good at getting a shot even when the subject is moving. Just like it has been mentioned above, while we can count on them on daytime, outdoor situation, most cheaper camera including these two are not very reliable when brought indoor.

While quality drops happen with all cameras when there is not enough lighting to illuminate the space, we do feel a prominent drop in image quality when using Canon Powershot ELPH 190 and 360 and since they are very similar even down to the image processor itself, the problem seen stays the same. The first model allow user to use ISO up to 1600 while the latter is up to 3200 but the image is clearly suffer from quality loss.

If you are not very fond of ISO, colder result and high in noise we may see on higher settings, we can just utilize their flash to produce a warmer images but there is an issue here because when flash is activated, the camera shutter slows down and not as fast as when used without flash on bright outdoor situation so capturing moving subject may be out of the question since the result will be blurry. In addition to these differences, these cameras also have different digital zooming limit; 10 times on ELPH 190 and 12 times on ELPH 360.

Canon Powershot ELPH 190 and 360 Video Quality
Not only useful for still images capturing, these cameras are also helpful when you need to record a footage but as an entry-level cameras, don’t hope to see any 4K quality here since the one we can enjoy here are only 720p and 1080p in which the 720p in ELPH 190 is often said to be the bare minimum to be said as an HD quality so we do like the higher resolution from ELPH 360 better for our eyes to enjoy.

Comparison
Now, let’s compare Canon Powershot ELPH 190 with 360. As you may already know, the difference between both of them are on their type of sensor, LCD size, zooming ability and the video resolution or quality because comparing the two, we can see that ELPH 360 is a better or at least placed higher into the line than ELPH 190.

Conclusion
All in all, the decision is all yours to make because we may have different things to look at and think as important so it is always best to follow your own need. However, in our opinion, the Powershot ELPH 360 is the better option between the two because it offer a higher quality and performance.